Letter from Glen Carr to the Dutch Thrianta-Hulstlander Club

Dear Mr. E.F. Broekhuizen & Members of the Dutch Thrianta-Hulstlander Club:
First, I'd like to reply to your polite and courteous e-mail sent to our American Thrianta Rabbit Breeders Association Board of Directors. Your compliments regarding the success of our club and our Thrianta breed are received with gratitude. We have made wonderful strides to develop the Thrianta in America and we are very proud of our accomplishments.

Judith Graf and Katherine Lynch were the first to bring Thriantas to the USA in the late 1990's. Judith attempted to gain acceptance of the breed by the American Rabbit Breeders Association. However after several attempts covering several years she was denied recognition of the breed. My first pair of Thriantas were purchased through an English broker in 1998. This pair were obviously of poor quality. My enthusiasm for the breed did not wane however. After requesting information and stock from several breeders in your country over a period of two years, I was kindly obliged by Mr. Ben DeBruin. He was most helpful, kind, and generous with his knowledge and sharing his stock. In 2002 I received eight beautiful Thriantas from Mr. DeBruin. With these animals I began my breeding program anew and by the fall of 2005 I was successful in gaining approval and recognition of the Thrianta by the American Rabbit Breeders Association. This was no easy task! The Thrianta was the first new breed recognized by the ARBA in over 20 years.

The standard that I proposed was based solely on the standard of your country. The shape, size,weight, fur type, head, ears, was exactly as in your country. Two minor changes were made solely to distinguish the American Thrianta from those in your country. The color desired was red, a bright, uniform, clean, red on both the deck and underside, to be as uniform as possible. I didn't use the word orange at all! Secondly,the proper pose was different. We were mute in our description of the head mount. Most breeds in Europe including the Thrianta desire the animal to "sit up", showing its front legs somewhat extended. With the last American Standard edit we've stated to allow the head to pose in its natural position, not too high to the extend of any leg extension but rather to express the beauty of the head formation which you would agree is a beautiful characteristic.

Over the past few years our American Thriantas have improved tremendously! The deck color and the underside color nearly match on many, many, animals. The color is bright and even. It isn't brown or anything like the New Zealand Red to which you refer. Our Thrianta color is unique unto itself and this is the major reason for its popularity in our country. The unique color!

Our quality Thriantas are not cross bred with other breeds. They are truly bred from animals imported from your country. Some have tried to mix other breeds with them and have failed miserably. We are proud as you should be that the Thrianta heritage is solely from your land and its devoted breeders. We will always be appreciative of their help.

In closing, please extend my best wishes to your members on behalf of our Board of the American Thrianta Rabbit Club. 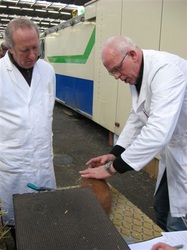 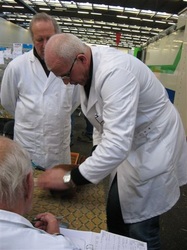 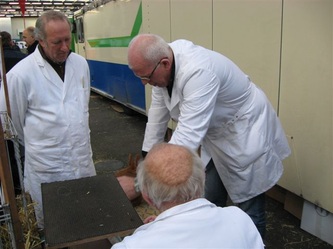 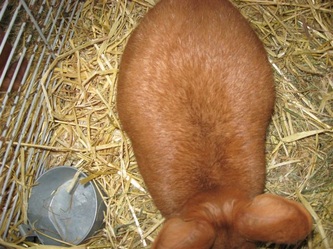 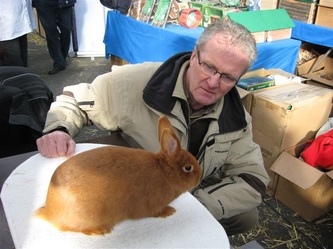 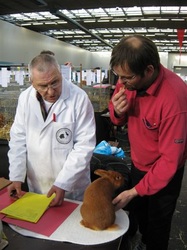 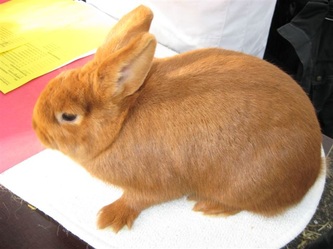 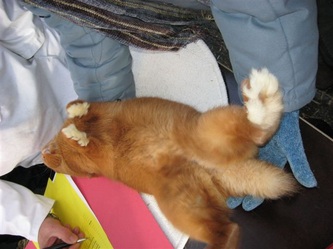 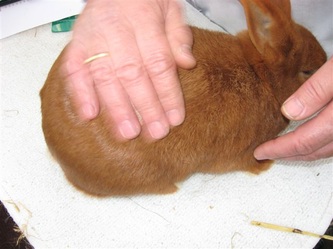 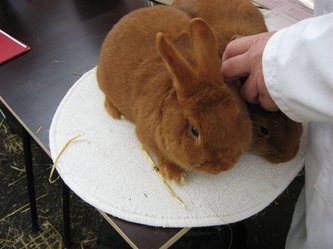 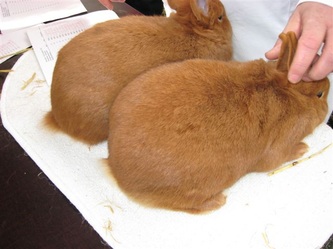 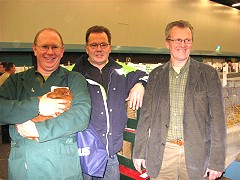 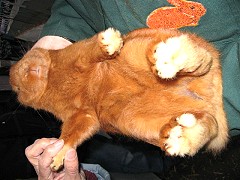 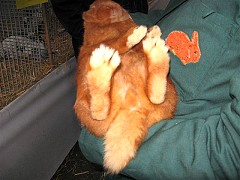 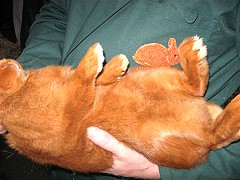 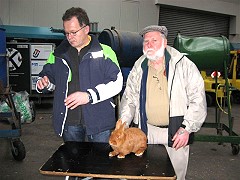 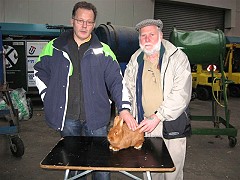 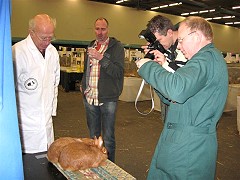 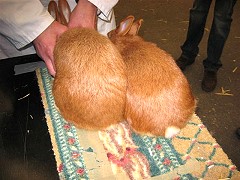 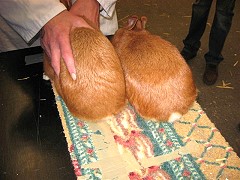 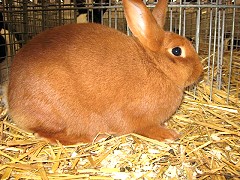 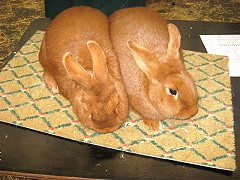 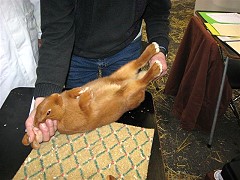 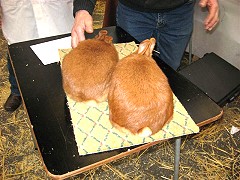 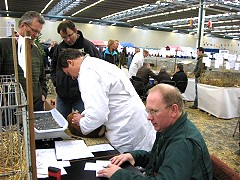 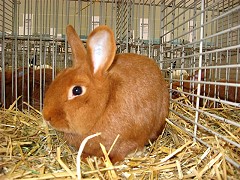 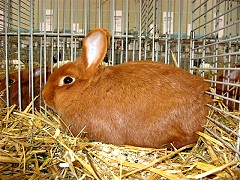 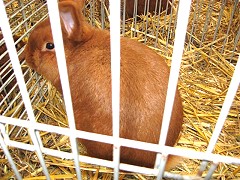 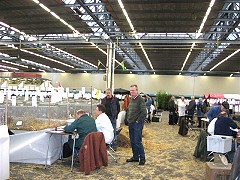 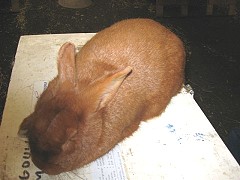